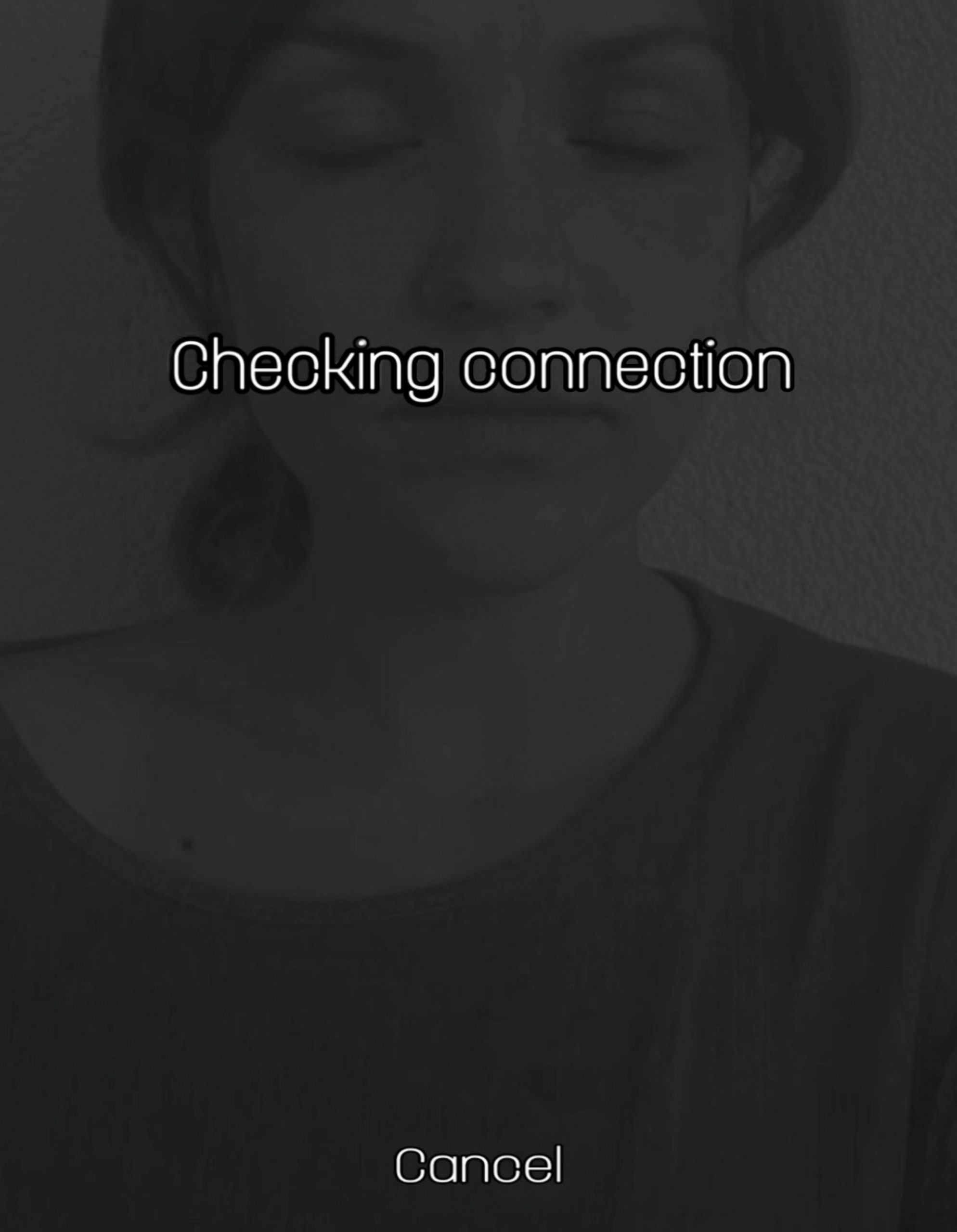 Saša Šižgorič’s project deals with the topic of global communication, mass information, and social networks. Within the continuous flow of information, short impulses and stimuli determine the rhythm of our life, change the perception of time and experiencing both one’s own body and the bodies of other persons, and prevent the possibility of in-depth focus. On Instagram, we can follow what is happening around the world; on the mobile phone screen, we can see everything from images of food, footage of bombings, fatalities, and natural disasters to presentations of new fashion accessories by influencers, and selfies.

Video performance Alter 53 captures the idea of ​​interrupting the quick switching between contents on Instagram social network. According to statistics, Instagram had more than one billion users last year, and more than 500 million of them post stories every day. But even these few-second clips can seem too long, making us swipe left to show us a new story, perhaps more interesting or engaging. The project began with the recording of ten video performances recorded live via Instagram. The author conducted the performance for ten days, every day at the same time and for exactly 53 minutes (the amount of time an average user spends on Instagram). The performative gesture itself is deliberately simple – namely, looking at the camera or at the mobile phone screen. The artist was interested in whether she could attract the viewers’ attention with an uninteresting action and keep them engaged for the next few days. The installation in the gallery space includes a video collage consisting of all ten video performances, which will be accompanied by a separate recording of the performances of the first and last day, as well as viewers’ comments. The third element of the exhibition is an interactive tablet computer on which the visitor can open and read the messages Saša Šižgorič received during the performance.

The exhibition will offer a comparison of video performance recordings, while the artist will also reveal private messages, displayed in the form of Instagram communication / chat. Saša Šižgorič was interested in the number of participants, their response, and what they would do when they joined the communication – the participants were enabled to watch and stop watching, watch and read comments, but they were not given access to messages. The next level of the private will be revealed for the first time at the exhibition, where it offers to the viewer a sense of intimacy, even voyeurism. The project thus shows the author’s attempt to transfer a virtual performance, intended for a specific audience, into a gallery context, raising questions about ways of approaching the latter, as well as the question of the success of the performance itself.

The exhibition is part of the Open Term for a Young Intermedia Artist series; it is the young artist’s first solo presentation. The project is based on the video performance, Alter 53 (2021), which was created as part of Saša Šižgorič’s master’s thesis, under the mentorship of Assistant Professor, Dr. Polonca Lovšin, and co-mentorship of Associate Professor, Dr. Mojca Puncer, at the Department of Art Pedagogy of the Faculty of Education of the University of Maribor.

Saša Šižgorič (1995, Velenje) is a professor of art pedagogy; she holds a master’s degree. She completed her studies at the Faculty of Education of the University of Maribor. In the 2020/21 academic year, she participated in a study exchange at the Academy of Fine Arts in Naples. In the field of art, she is mainly interested in video and performance, but she is also active in the field of illustration. She participated in several group exhibitions. She’s collaborated with director Maya Slatinek as a co-producer and lead actress in the feature film Julija.