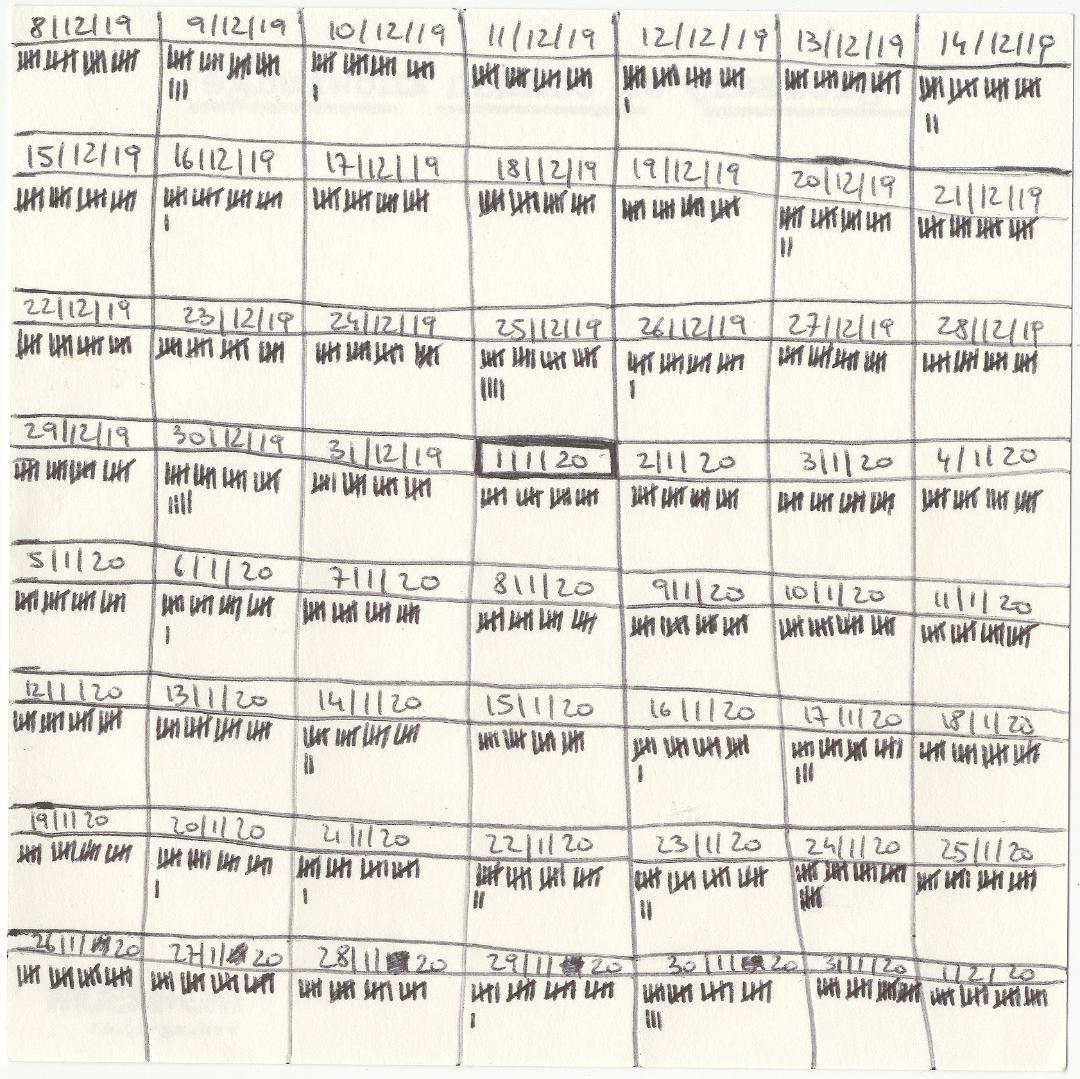 P74 Gallery is pleased to present Nika Ham solo exhibition entitled Morgen. There will be no official opening; the exhibition will be on view from 12 January to 2 February 2021 online and on social media channels.
From Monday, 25 January the usual opening hours of the Gallery (Monday to Friday, 12.00 to 18.00) will be in place.
We kindly requested our visitors to follow all guidelines for the prevention of the spread of infections.

The solo exhibition of Nika Ham is part of the OHO Group Award which she is a recipient of. In recent years, the author has replaced the medium of painting with video, digital art, and performance. The latter is perfect for using her own body and movement. In this way, she expresses herself most easily, but the performance also serves as a release mechanism. We can even say that physical activity is a personal need, and self-observation something that interests her. What is specific and unusual is who she performs for and how her performance is documented. Born into a world where surveillance systems are commonplace, she eventually stopped ignoring them. She took advantage of the moment in which she is observed to perform, placing the invisible observer in the role of spectator and making it clear that she knows she is being watched.

The Dance with Bentham series (2017–2020) combines actions / performances that the author performs for surveillance cameras. It is about documenting a specific movement, such that is unexpected in the space in which it is performed, even inconsistent with its rules (at least with the so-called appropriate behaviour). She performs in public cultural institutions – she started in Ljubljana’s Museum of Modern Art and continued in foreign museums and galleries. During her stay in Berlin (2020), she discovered a new possibility: the BVG system (Berlin public transportation). The fact that it is a public space means that she doesn’t need a permit. In addition, the performance is also witnessed by a random audience. The image is characterized by a static view from above, an extremely wide lens that deforms the space, poor resolution, and frequent glitches. The images are then additionally processed: the narrative is built with 3D animation, repetition (loops), and layering of the image.

In Morgen, Nika Ham presents a new work she devised during her residency in Berlin. It is a spatial installation consisting of a series of videos. There is a different approach to self-observation: she filmed herself, with her phone, in the privacy of her room. She documented her daily practice of yoga. Her musical selection causes the body to occasionally react on its own while performing classical positions, and the movement changes into a kind of dance. In all the videos, the author is dressed in the same black sports outfit, she is filmed in front of the same background, and each part of the routine lasts in most cases a few seconds. Changing the speed of the shots, acceleration (which is her usual procedure), creates a specific effect and a humorous undertone. The composite video is visually minimalistic, but at the same time it shows the body, body parts, muscular effort, in a very dynamic way. The use of two projectors and the gradual multiplication of video into several identical ones brings out a certain kaleidoscopic effect. If we don’t know it is yoga, we can easily think of ballet, contemporary dance, circus acrobatics, or a sports activity.

During the exhibition, the artist will continue with the activities and broadcast them via online video transmission. She will also systematically record her routine. Not just on a sheet of paper, as she usually does, but on a gallery wall. The line she marks on the wall represents ten minutes of physical exercise. The result of the systematic documentation of the daily routine is presented to us in three dimensions: via live video transmission in real time, as a composite video, and via a sign on the wall. In this way, the visual presence of the author diminishes while the abstractness of the image increases. This puts the viewer in front of a new challenge.

Nika Ham (1991) completed her master’s degree in painting at the Academy of Fine Arts and Design. In the 2013/2014, she continued her studies at the Winchester School of Art in England. During her studies she participated in several group and solo exhibitions. Since 2016, she has been working as the head of the graphic department for the LET’S CEE Film Festival in Vienna, collaborating with the Laibach art group and working at the Museum of Modern Art. With her videos, graphic design and photography, she works in the field of theatre and club scene in Ljubljana. She is the recipient of the OHO Group Award 2020.