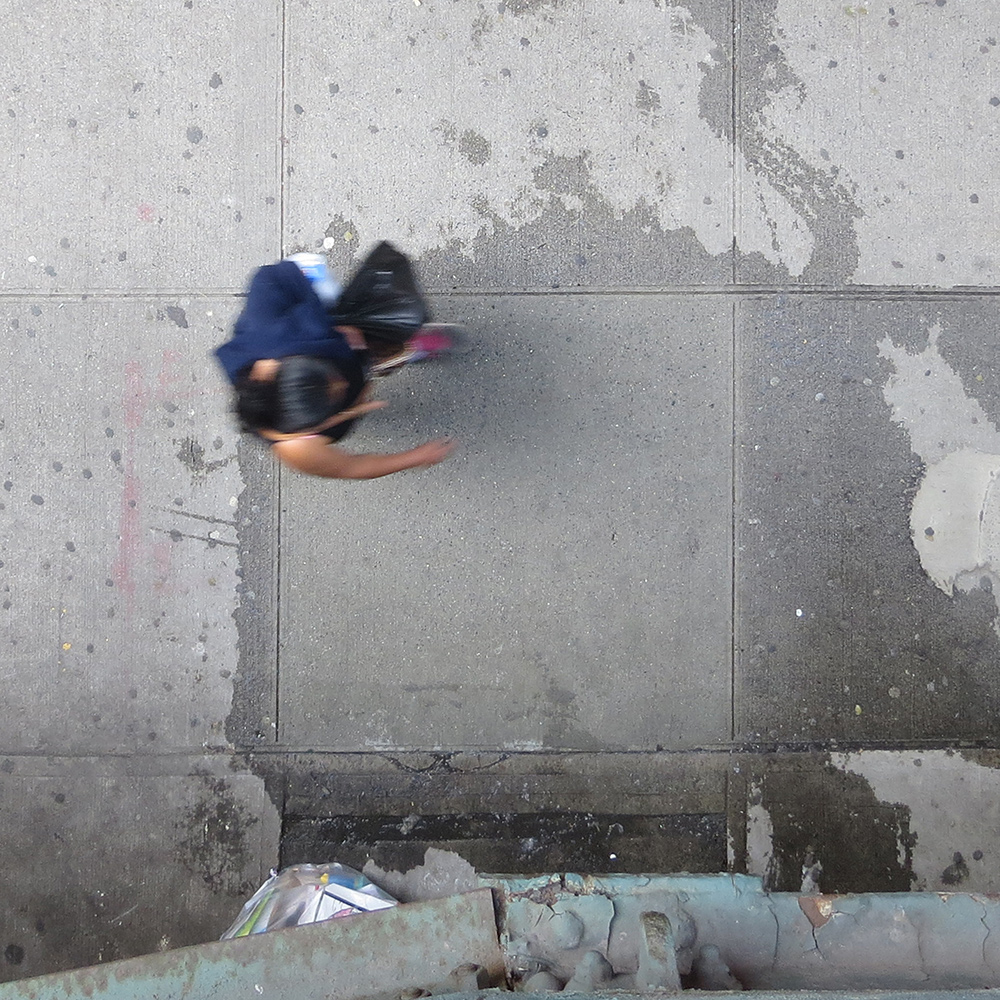 You are kindly invited to attend the opening of the exhibition of Neža Knez Square on January 10, 2019 at 7 p.m. at the P74 Gallery in Ljubljana.

The exhibition Square is a direct result of Neža Knez’s two-month residency in New York. It references her new life experience, new surroundings, the culture and the people. Neža Knez carried out a public street-cleaning action on Brooklyn’s Broadway Avenue. She selected a square in front of the entrance to her apartment where she lived; determining the location and time – she cleaned 22 days, every day from 8 am to 9:30 am. The street on which she worked was full of random passers-by, especially those carry out every day routines on the street: walking to work, drinking coffee, opening nearby stores. In these passers-by, she awakened an interest, yet she did not wish to engage in verbal communication with them, or even later explain to them that she was carrying out an artistic action. Her answer was only that she wishes to have a clean square. What does the square represent to the artist?
During her first experience in the United States, Neža Knez had the impression that the American flag and the square are visual elements that most determine those surroundings. Even the series of photographs documenting her working process awaken painterly associations. For her, the persistent cleaning of the ground represents the closest approximation to a direct painting experience that she has ever gone through.
On the exhibition itself, the artist presents photographs, video, objects and excerpts from her journal writings. Some works were created during the action itself, others came about later in response to it. The documentary video and photographs record the process of cleaning, the location, the happening and people’s reactions. The documentation reveals the basic information about the street, its nature, incidental passers-by, community and culture.
In general, the project Square carries several characteristics of Knez’s previous artistic actions, which reveal the everyday through physical activity. With them she creates situations that are inconceivable in the chosen environment yet are unusual enough to carry the potential to interrupt the flow of the urban routine. By including random passers-by, Neža Knez provokes an immediate reaction and thus emphasizes the importance of genuine experience and cooperation, which are both integral parts of her activity.

–
Neža Knez (1990, Ljubljana) graduated from the Department of Sculpture at the Academy of Fine Arts and Design, University of Ljubljana (UL ALUO); in 2017, she obtained her master’s from the same institution under the mentorship of prof. Jože Barši. She works in various media – sound, video, sculpture, photography, drawing and performance. She has participated in numerous solo and group exhibitions in Slovenia and abroad, among them, Talking about Images, Kunsthalle Graz, Graz, Austria (2018); the exhibition of nominees for the OHO Group Award, P74 Gallery, Ljubljana (2018, 2016), Let’s Roll Our Sleeves Up, Likovni salon, Celje (2018), Mediterranea 18 Young Artists Biennale, Tirana, Albania (2017); ALUO Crossing: Embodiment, Equrna Gallery, Ljubljana (2017); DIS-communication, Sira Gallery, Zagreb (2017); Personal, Škuc Gallery, Ljubljana (2016). She has received several awards, including the UL ALUO Recognition (2012) and UL ALUO Award (2014) for exceptional student achievements, the award for an innovative approach to graphic arts Golden Press (2015); the Prešeren Student Award of the University of Ljubljana (2015) and the OHO Group Award (2018). For her master’s thesis, she received the highest recognition with the distinction Summa Cum Laude (2017). She is the recipient of a two-year residency for young artists at the Švicarija Creative Centre (2018).

–
The programme of the P.A.R.A.S.I.T.E. Institute is supported by the Ministry of Culture of the Republic of Slovenia and by the Municipality of Ljubljana, Department for Culture.