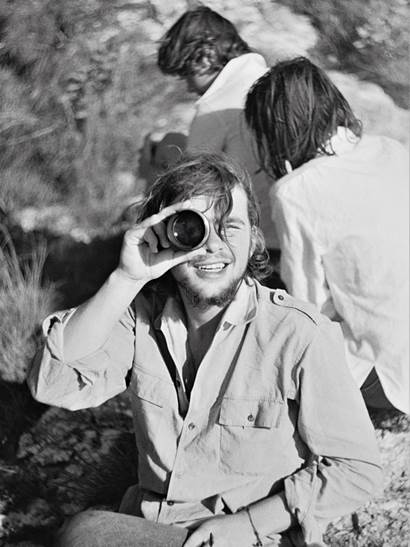 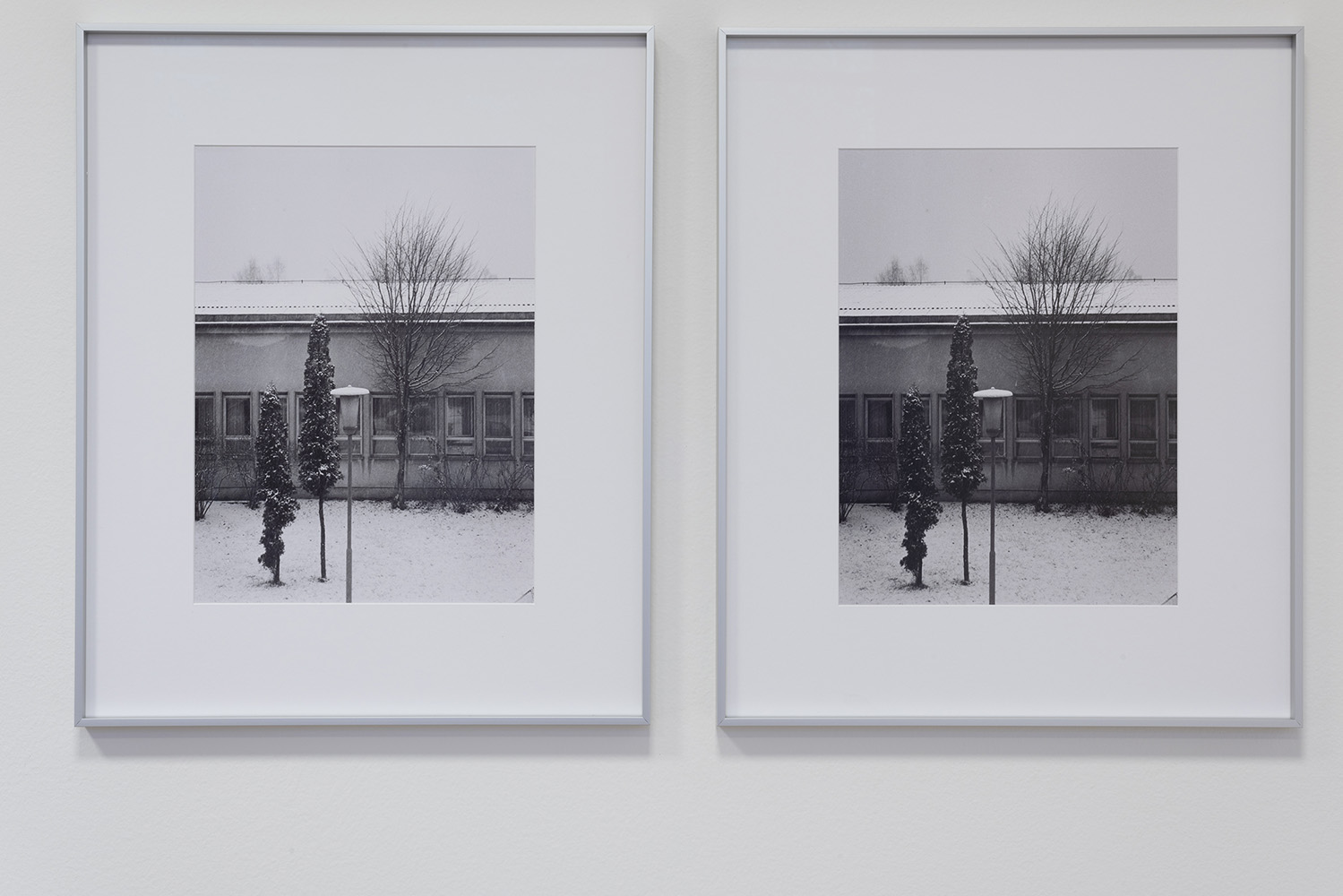 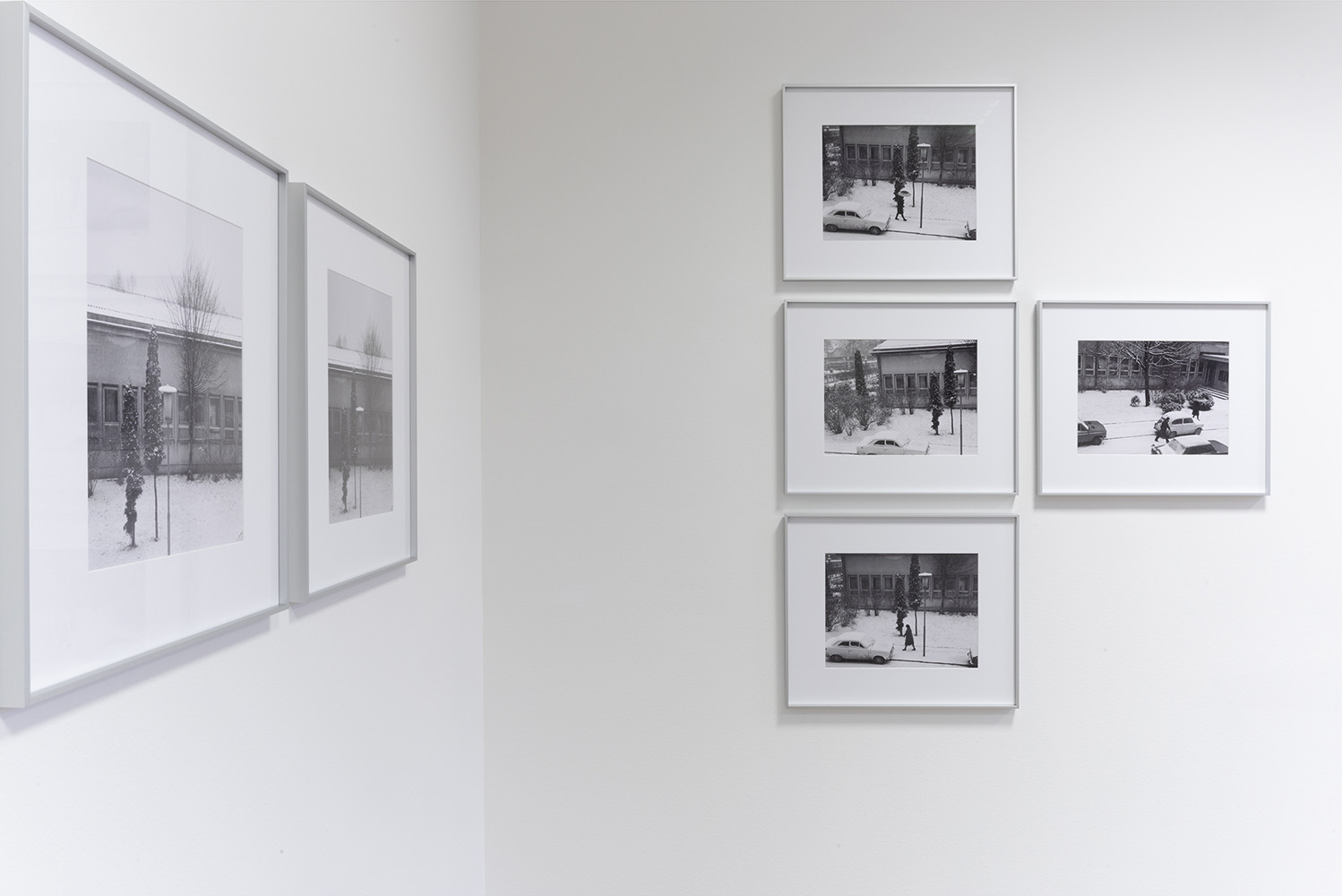 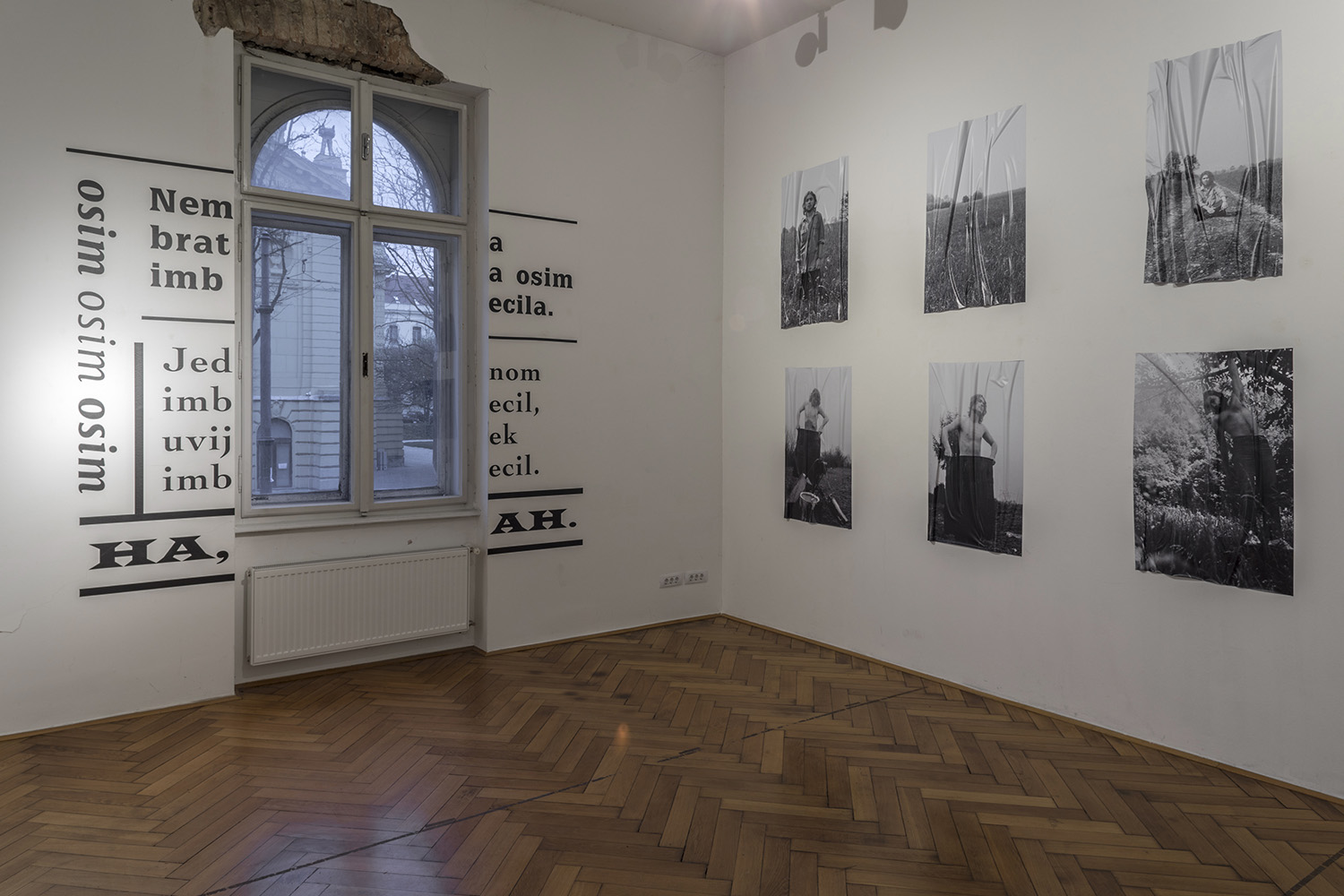 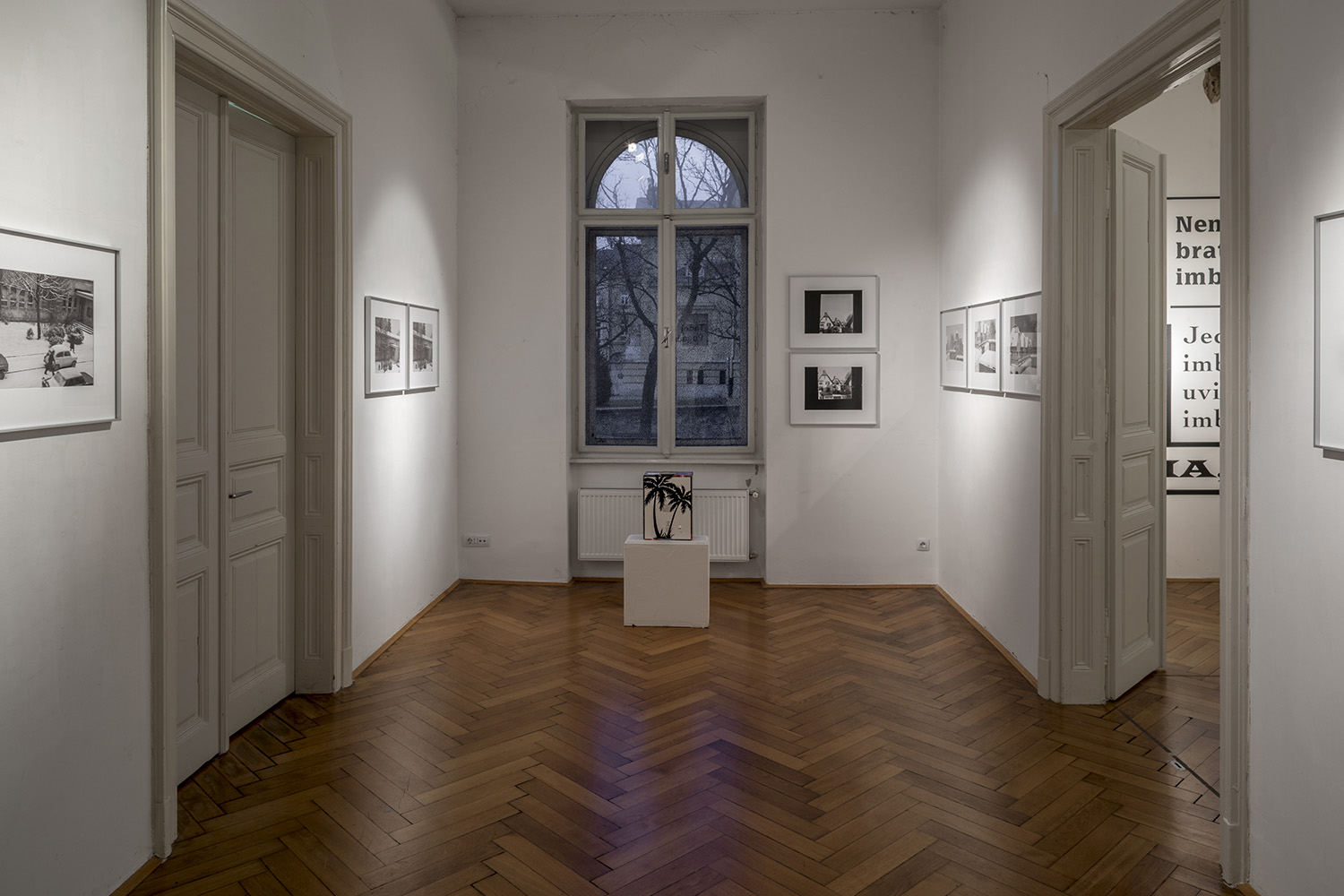 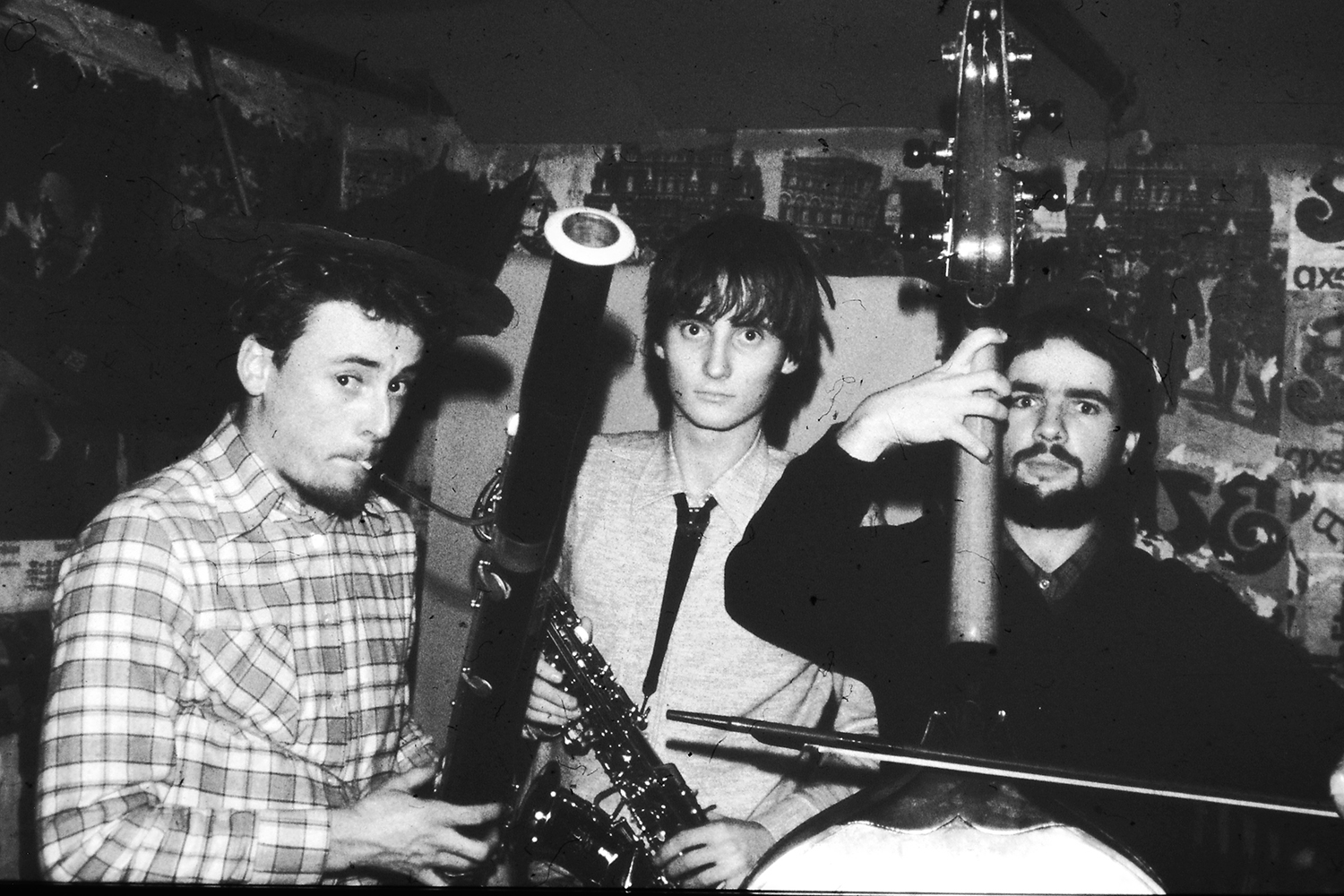 The publication rounds off research and exhibitions at the P74 Centre and Gallery in Ljubljana (2021) and the Institute for Contemporary Art in Zagreb (2022). At the exhibition in Ljubljana and Zagreb, these early works were presented for the first time in their entirety, in the context of the culture and politics of the 1970s. The curator of the exhibition is Lilijana Stepančič.

In 1975 and 1976, music played a major role in Tadej Pogačar’s creative work. In 1979, the group Srp was formed, exhibiting its original mixture of experimental music, free jazz improvisation, chamber music, popular genres, and performativity. Scouts represented another influential social environment. They dealt with the system of organization and community formation. They freely tested new forms of learning, survival in nature, as well as non-hierarchical activities. They related to playfulness, nonsense, and irrationality.

In the 1970s, the counterculture was a noticeable and important social reality in Yugoslavia, as evidenced by the fact that in 1978 Slobodan Drakulić translated Theodor Roszak’s canonical book, Counter Culture, for the eminent Zagreb publishing house Naprijed. Interest in marginal life reached its peak after 1968 as it became the subject of many studies by sociologists, psychologists, and psychoanalysts in Western Europe and America. Through the methods of observation, analysis, and opposition, the counterculture stood against the dominant institutions of society. It most often expressed its criticism through irony, absurdity, luddism, black humour, unusualness, or withdrawal into transcendence or inactivity. In the accompanying study, Lilijana Stepančič emphasises that the counterculture in our country was cultivated mainly by the organization for extracurricular activities Forum, Radio Študent, the experimental theatres Glej and Pekarna, the student newspaper Tribuna, the magazine Problemi, and the Student Cultural Centre ŠKUC. At the same time, she particularly points out the event Montage of the Young Slovenian Generation which took on an almost mythical dimension among the interested public. It was officially organized by ŠKUC and produced by Emil Filipčič, Jure Detela, and Iztok Osojnik at the Ljubljana Opera shortly after the Slovenian cultural holiday, on 17 February 1978.

Tadej Pogačar’s photographic series Apartment and Home (1975) was created by chance through the windows of the apartment. The series was characterized by sequentiality, a view from above, systematicity, and multiple repetitions. The series of actions without an event, performative neo-Dadaist actions, has been the author’s work-in-progress since 1976. Performance, defined as action without an event, introduces a new form into the genealogy of this art genre and must be distinguished from happenings, projects, living sculptures, and experimental-theatrical and political-protest performances. In actions without an event, the bearer of the narration is a person, in fact, their body which performs creative actions outside the cultural institutional spaces. Tadej Pogačar was not familiar with the works of Tomislav Gotovac and Gorgona at the time when he was performing actions without an event. Performing outside the institutional world of art was not a rare practice of avant-garde and neo-avant-garde art. The artists took the streets or squares or retreated to nature and private spaces. In both cases, the events were often photographed or filmed with a camera. The recordings sooner or later entered the art system. This was not a rebellion against the institution of art, but a joy for the unusual and uncommon.