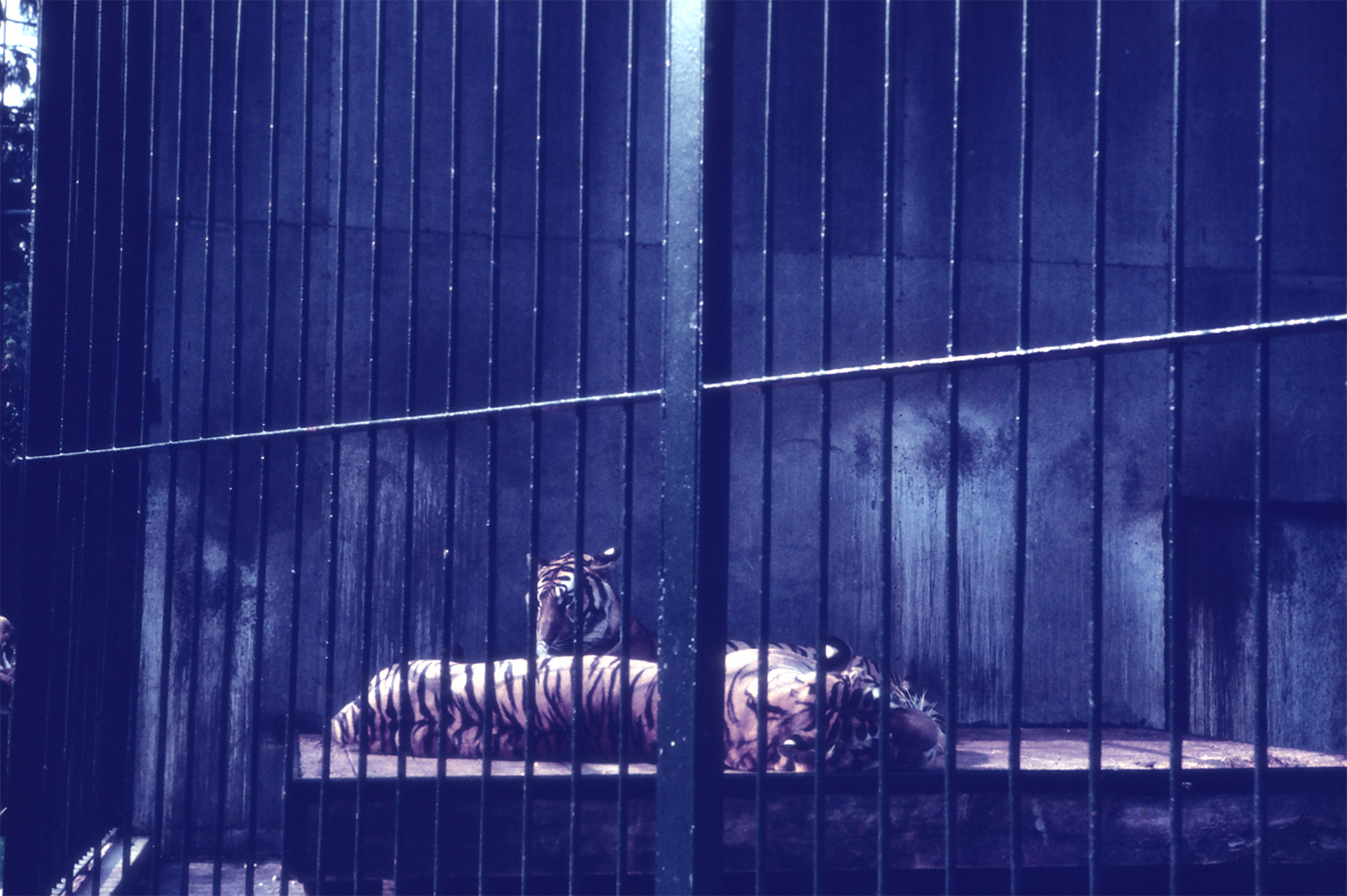 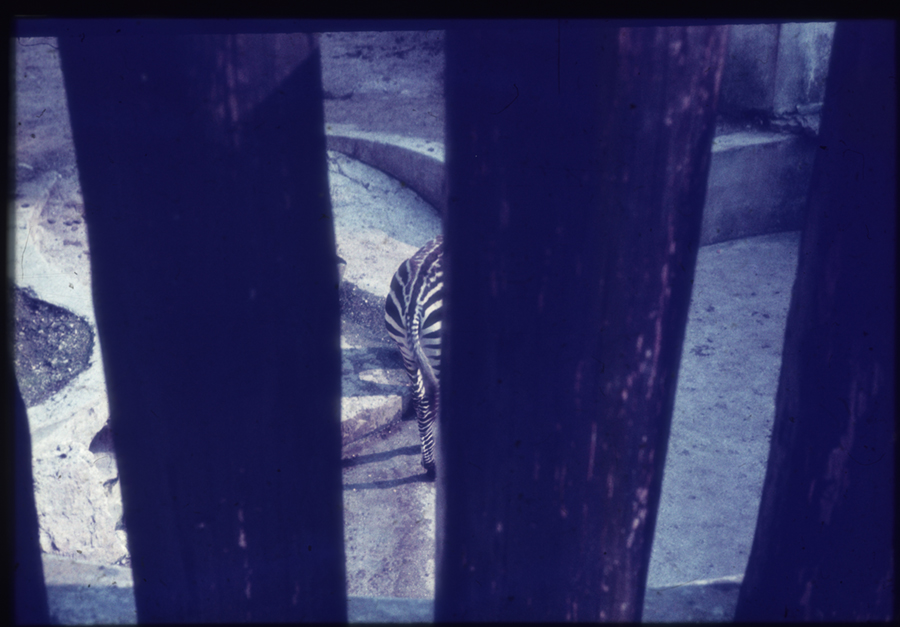 You are cordially invited to attend the opening of the exhibition Early Works. ANIMALS HOUSES PEOPLE by Tadej Pogačar on Thursday, 24 March 2022 at 8 pm at the Institut for Contemporary Art Zagreb, Trg kralja Tomislava 20, Zagreb.

The opening night of the Early Works. Animals. Houses. People exhibition will be marked with a one-time event: a live performance by one of the highlights of the Rock in Opposition movement, SRP, the band’s first live appearance in the last twenty years. Gojmir Lešnjak – tenor, Tadej Pogačar – alto, Matjaž Sekne- bass, and Primož Simončič – soprano will perform exclusively the piece Landing on the Cape of Good Hope by Ivan Volarič – Feo (the greatest Slovenian poet after Kosovel). You are kindly invited to join us!

The exhibition, ANIMALS HOUSES PEOPLE. Early works, presents the creative work of Tadej Pogačar between 1975 and 1980. It also provides an outline of the social environments that offered a space for freedom of creation and have significantly influenced the artist’s personal development. Within a scout group during the second half of the 1970s, Tadej Pogačar co-founded the Imbecili club and the IZS group, both of which have conceptually co-created (parasitized) its programme. This programme was innovative, while the cultural activities were of special importance – theatre performances, actions in nature and discussions on the importance of community, methods of learning, and education.

During this period, music production was of utmost importance to Tadej Pogačar; first with the group Odpad (1977), then with Naoportus (1978), and finally with Srp (1979–1984). These groups all featured the same members, peers, and friends. Their beginnings were marked by experimental electro-acoustic and repetition music, but they gradually went on to create their own music with elements of free improvisation, chamber music, theatre of the absurd, and provocation. In addition to the groups Begnagrad and D’Pravda, the critics ranked Srp among the key actors in the Slovenian Rock in Opposition movement.

The photographs and performances collected in the exhibition were created during that time and in that environment. Some are now on display for the first time. At the time of their creation, these pieces were not included in the art system and did not have art audience. This alternativity is best summed up by the theorems, action with no event, as Tadej Pogačar defined his then performances, and delayed audience, used by Ivana Bago and Antonija Majača for the performances of the Gorgona group and Tomislav Gotovac in the 1960s that were performed in nature and without an audience. The works created at that time were just a material that becomes art only with its entry into the art world which must first be confirmed as such by its complex public. The set-up of Tadej Pogačar’s exhibition speaks precisely about this process. Just as with the Gorgona group and Tomislav Gotovac, Tadej Pogačar’s creative work at that time didn’t represent nihilism and escapism of the institutional world. Quite the opposite. The works were building a new form of creation that has carried the potential of art and has entered the culture in a different way than the dominant practices, exposing the world of the unusual and the uncommon. In addition, the names Imbecili (Imbeciles) and Odpad (Waste) suggest a questioning of the dominant social structures. Namely, the imbecile is a provocation aimed at the glorification of human intellectual abilities that had been worshiped by the modern socialist society, while waste is something that society discards. In this way, Tadej Pogačar’s early works raise questions about the complex human-nature-culture relationship. From the current views on art, they reveal an institutional critique. This specific artistic practice which is a creation of the conceptual arts and is applied in Tadej Pogačar’s work must be understood more broadly than merely as a critique of art institutions and the art system; it must also include the dominant postulates of society. The critique of social structures is perfectly illustrated by the photograph, entitled ZOO, from 1979. The fence captures our eye much more than the zebra. We are dealing with a trapped animal whose natural environment has been changed by the human being while at the same time taking care of its survival. Nature in the zoo is culture. It is a form of museum installation in which animals are the museum exhibits as primarily aesthetic fascination. In addition, as John Berger claims and as expressed by the ZOO photo, the animals at the zoo never return the viewer’s gaze. ZOO is an image of the institute of taming everything that, according to the rules of humans, is wild, outside the laws of society, or is different from humans.

In his early works, Tadej Pogačar tackles the dominant sets of rules used for regulating social relations, conditions or acts by overturning them in a Luddite, buffoonish, and absurd way. He has created the other side of the prevailing rationality, logic, and orderliness, all of which had marked the then modern industrial society and are still relevant today – for example, beneath the surface of seemingly frivolous networked social tools. Tadej Pogačar’s early works thus express the creative characteristics that permeate his entire oeuvre. As such, they are an important insight not only into the artist’s first creative activity but also into the often-overlooked creative environment of the youth of that time. Moreover, they offer a reflection regarding the possibilities of alternative creativity in the world of art and beyond.