A CAGE (It’s Not Unusual) 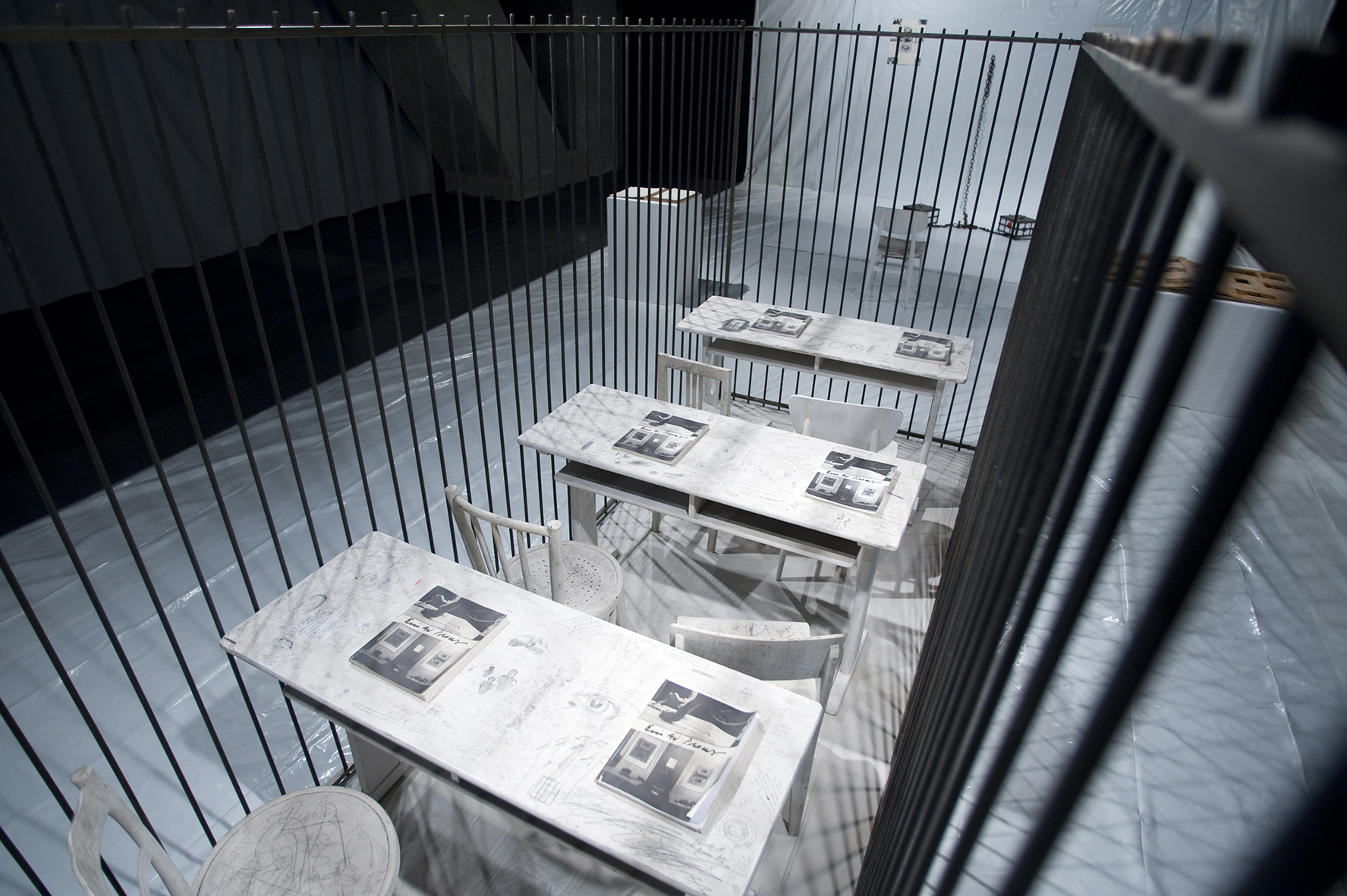 You are cordially invited to attend the opening of the exhibition A CAGE (It’s Not Unusual) on Friday, 2 September at 6pm, at the raum AU in Slovenj Gradec.

A CAGE (It’s Not Unusual)

Throughout the history of art, artists have repeatedly problematized the role of the art system and art institutions. They wrote manifestos and critical statements, and publicly protested. The most enduring response of modernism was to place art (and artists) outside of society, in a special niche (or cage) – on the pedestal of aesthetics – and to call for the autonomy of art (Suzana Milevska).

It is not unusual that the chosen five artists and art groups picked a zoo and a cage as their scenes. Zoos are not innocent or neutral places. They are museums with all the inherent contradictions and paradoxes. As public institutions, they were established in the first half of the nineteenth century and were the support of the modern colonial authorities. During that time, animals began to disappear from everyday life. John Berger claims that animals have become prisoners of the social situation into which they have been pushed by force.

Here we present the protagonists of popular music of the 1960s, representatives of the counterculture and the neo-avant-garde. Very rarely do we meet them face to face in a joint project. At the same time, it should be emphasized that most of the selected artists have been active in the social or socio-political field. For example, Pino Poggi was often critical of the society of the spectacle. Buldožer undermined the conservative dominant culture with irony, parody, and absurdity. With their actions, the Group of Six Artists provoked the limits of the normality of public life. Tadej Pogačar undertook critical collaborative interventions and research with a parallel institution.

It’s Not Unusual is a song written by Les Reed and Gordon Mills and recorded by the then young and unknown Tom Jones. It reached number one on the UK singles chart in 1965 and number ten in the US in May of the same year. The video spot, created a little later, shows the youth having fun and dancing in a zoo in cages with the inscriptions Teenager Amerikanus (Habitat Soda Fountains), Crested Chick A Go Go (Habitat Discotheque), Sidewalk Surfer, Pony Tailed Ringading (Habitat Anywhere). Tom Jones sings and feeds goats and a cow, there’s a lion, and a camel too. The video reflects the dominance of the consumer culture of neoliberal capitalism with its new way of life and behaviour. (Human being is a strange animal.)

Music critic Darko Glavan wrote in the music magazine Džuboks in 1976 that Buldožer was the first example of a Yugoslav rock counterculture. The band posed for a group portrait with a lion at the zoo, but it is immediately clear that it is a portrait that contains a mistake. The individuals stand behind the lion’s cage, in the second plan, in the background. The hybrid intermedial creativity of Buldožer had a tremendous impact on several generations of artists. With their innovation and unorthodoxy, the band also paved the way for those who worked within the framework of the Rock in Opposition movement, the groups Begnagrad, Srp and D’Pravda.

The Group of Six Artists is an informal neo-avant-garde group formed in Zagreb in 1975 by Željko Jerman, Vlado Martek, Sven Stilinović, Mladen Stilinović, Boris Demur, and Fedor Vučemilović. The idea for the action, entitled Artists in a Cage (in the Zoo), originated in the 1970s and was performed in 1999 during the filming of a television documentary about the group. The Group of Six Artists exhibited their works on the streets and city squares. Their exhibitions – actions were on view in the centre of Zagreb, at the public bathing area on the Sava River, on the coast in Moščenička Draga, in Venice and Belgrade. The purpose of the one-day exhibitions was provocation.

Tadej Pogačar’s Zoo photography series is one of his early works that were recently presented for the first time in Ljubljana and Zagreb. The series was created in 1979 in the Ljubljana Zoo, after the series Apartment and Home and Health Centre (1975), and simultaneously with performative actions without an event. In the Zoo series, the presentation strategy and its context are important. The animals are filmed in the second plan, while the front plan shows only a cage that frames the animals. These animals are marginalized and are a symbol of their disappearance. The Zoo series is the first example of museum thematization which Tadej Pogačar later conceptually developed by establishing P.A.R.A.S.I.T.E. Museum of Contemporary Art and the strategy of new parasitism.

An important segment of Pino Poggi’s creative work is represented in Artist Books. Libri marks the transition from the smaller object sculptures of the Artist Book to the spatial setting or environment. Libri is a cage (size 2 m x 2 m x 6 m) that features school seats and chairs. The seats are covered with graffiti, and the author’s books Ein AU Proces are on the tables. The installation requires the viewer to actively intervene in the exhibited work. Pino Poggi highlights social topics in contrast to the problems of form and formalism. His Arte Utile is a unique artistic practice that combines elements of happening, performance, public discussion, photography, and installation into a unique whole.